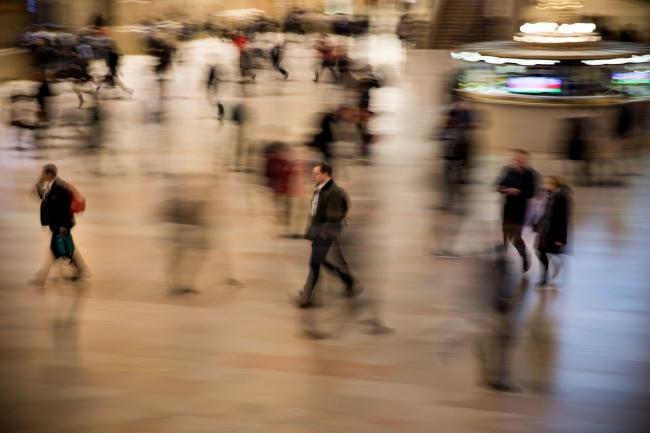 “Equity positioning, like the market itself, has run far ahead of current growth asinvestors price in a global growth rebound,” strategists Parag Thatte, Srineel Jalagani and Binky Chadha wrote in a note Friday. It “is now in the 96th percentile on our consolidated measure, with a wide variety of metrics very stretched.“

Systematic strategies have raised equity exposure to the top of their ranges — to where the only time it was higher was in January 2018, prior to the large February sell-off, the strategists said. In addition, discretionary investors are now “clearly overweight” at the highest levels since October 2018, and equity futures long positioning for asset managers and leveraged funds combined is near record highs, they said.

The S&P 500 is up 1.1% already year-to-date and closed at a fresh record on Thursday, shrugging off geopolitical concerns as U.S.-Iran tensions soared. That comes after the benchmark soared 29% in 2019, its best performance since 2013, as central bank policy generally supported markets and the global economy appeared to be coming out of a soft patch.

Chadha is relatively bearish among strategists tracked by Bloomberg, expecting the S&P 500 to end 2020 at 3,250 versus Friday’s close at 3,265. That’s notable in two respects: One, because it’s a turnaround from 2019, when his prediction was the most bullish on the Street; and two, because he was the most accurate last year, as the gauge closed out the year at 3,231.

Other extended indicators mentioned by Deutsche Bank include:

In addition, equity flows have turned up “strongly” over the last three months with almost $50 billion in the period, after outflows of about $300 billion in the prior 10 months, they said.

After a Decade of Hiring, Plenty of Jobs but Raises Are Tiny