Is a Soft Landing Possible?

The question at the forefront of many investors’ minds is whether the economy can achieve a so-called “soft landing” in the face of high inflation, rising interest rates, Fed rate hikes, geopolitical conflicts, and other challenges.

A soft landing would require the economy to slow gradually without creating a downward spiral in consumer demand and business investment. While the market correction this year has created a challenging investment environment, especially with the steep pullback in growth stocks, a recession is possible but not inevitable. What market and economic measures will we be focused on in the coming months?

First, let’s define what is meant by “recession.” When many investors think of a recession, what comes to mind is a historic market and economic crash like the ones experienced during the pandemic shutdown of 2020, the global financial crisis of 2008, or the dot-com bust of the early 2000s.

While events like these are always theoretically possible, the problem occurs when investors worry about them constantly, at the expense of long-term growth. History shows that doing so is not only unnecessary but counterproductive. For example, during the bull market from 2009 to 2020, many investors constantly worried about another financial crisis. Staying fully invested would have been the much better approach.

Instead, a more useful definition of “recession” is simply a temporary decline in economic activity. Prior to the 1990s, there were many short recessions that occurred on a regular basis. These were nothing more than periods of adjustment that reallocated resources within the economy. While there is a real consequence to individuals and businesses, these periods are necessary to move precious economic resources and capital away from unproductive areas to where they can be most valuable. In other words, recessions are a natural part of the business cycle and help sow the seeds of future growth.

Today, an important consideration is that the economy did shrink in the first quarter by 1.5% compared to the end of last year, based on official measures of gross domestic product. Thus, it’s possible for there to be a “technical recession” – that is, two consecutive negative quarters. However, a slowing of the economy, and possibly shrinking by a percent or two, is far different from what many consider to be a recession.

Additionally, many other measures of the economy suggest that consumers and businesses are still doing quite well, despite rising prices. The National Bureau of Economic Research, the official organization that determines recession dates, looks at a variety of economic factors and not just at GDP.

Specifically, a recent jobs report showed that the economy added 390,000 new jobs in May, exceeding what economists had expected. In total, more than 95% of the jobs lost during the pandemic downturn have been recovered, including in the hard-hit industries leisure and hospitality. This monthly gain is also well above the historical average of 148,000 per month over the past ten years. This has kept unemployment at 3.6%, one of the lowest levels in history, and near pre-pandemic lows.

The data also show that businesses continue to hire too. Job openings still far outpace available workers by 5.5 million, a historic level. The problem is not whether businesses want to hire – it’s whether they can find qualified workers. Individuals are also quitting their jobs at an above-average pace, a sign that the “great resignation” is continuing.

While all of this could change if inflation deeply impacts sales and profits, there are also signs that businesses are successfully passing costs onto customers and sharing gains with workers. Hourly wages of production workers rose 6.5% on a year-over-year basis in May, one of the largest gains on record. All told, workers and the average consumer are in a strong position.

Other recent data highlight that the economy may be slowing but is stable. The housing market, for instance, has been hit by a sharp rise in mortgage rates which have risen above 5%. Still, broad measures of housing prices and activity remain robust. Measures of industrial activity, such as the ISM Manufacturing index, actually accelerated in May. Durable goods orders sped up in April, a sign that industrial and commercial activity was also strong following the first quarter’s negative GDP number.

Thus, the trends suggest that a deep economic downturn is not inevitable. Even were a recession to occur, it might look very different from those of the past twenty years. Below are three charts that shed light on whether the economy can achieve a soft landing.

1. The job market continues to be strong

The job market has regained over 95% of the jobs lost during the pandemic. In May, 390,000 jobs were added which, although slower than during the initial pandemic recovery, is well above historical averages. Many areas, including leisure and hospitality, made strong gains. Employment in “retail trade” was the only major sector to have a significant decline in employment. 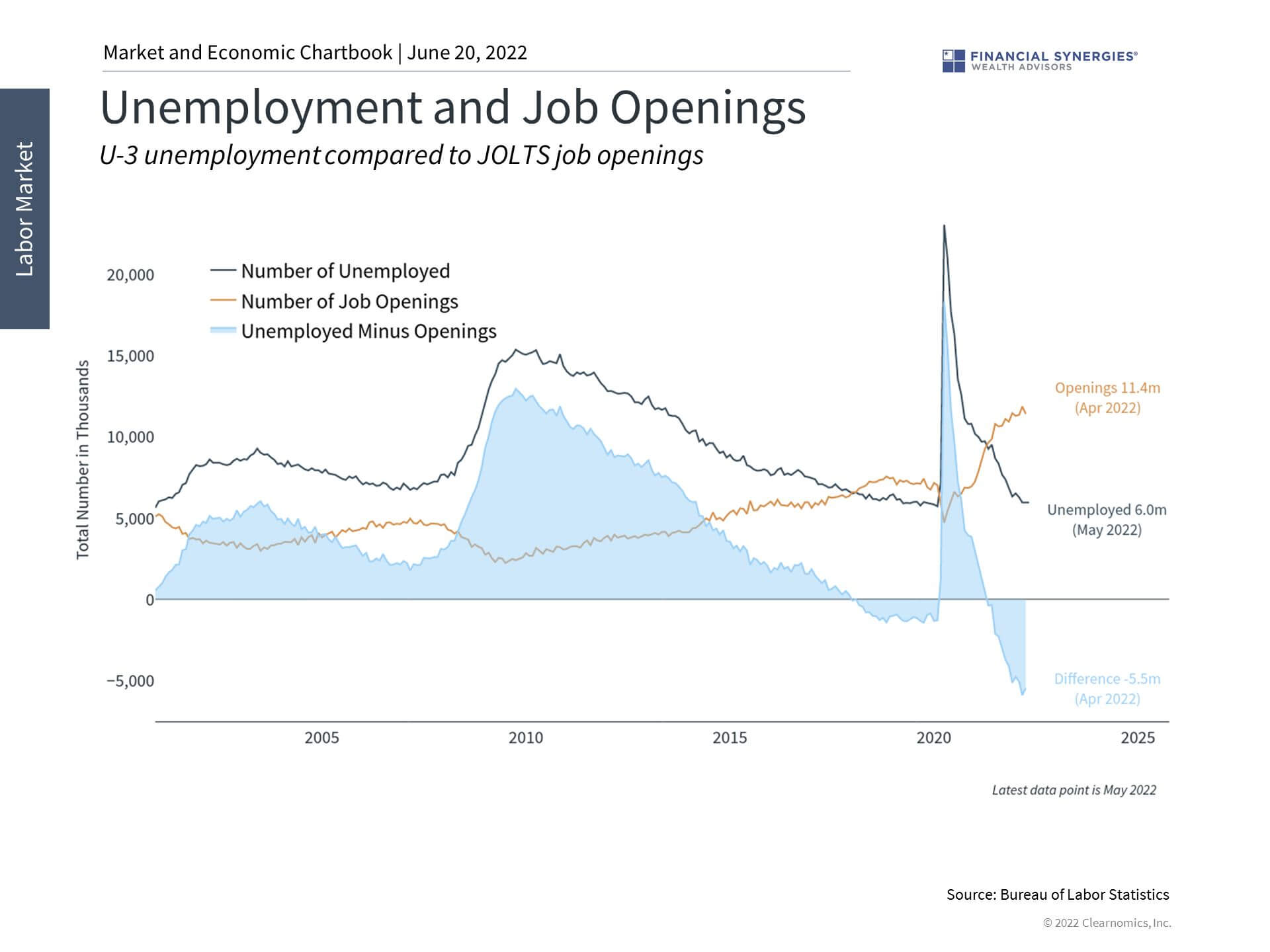 Businesses continue to seek out qualified workers. Job openings are at historic highs, outpacing unemployed individuals by 5.5 million. This is a sign that businesses would hire more if they could.

3. Hourly wages are rising for many workers 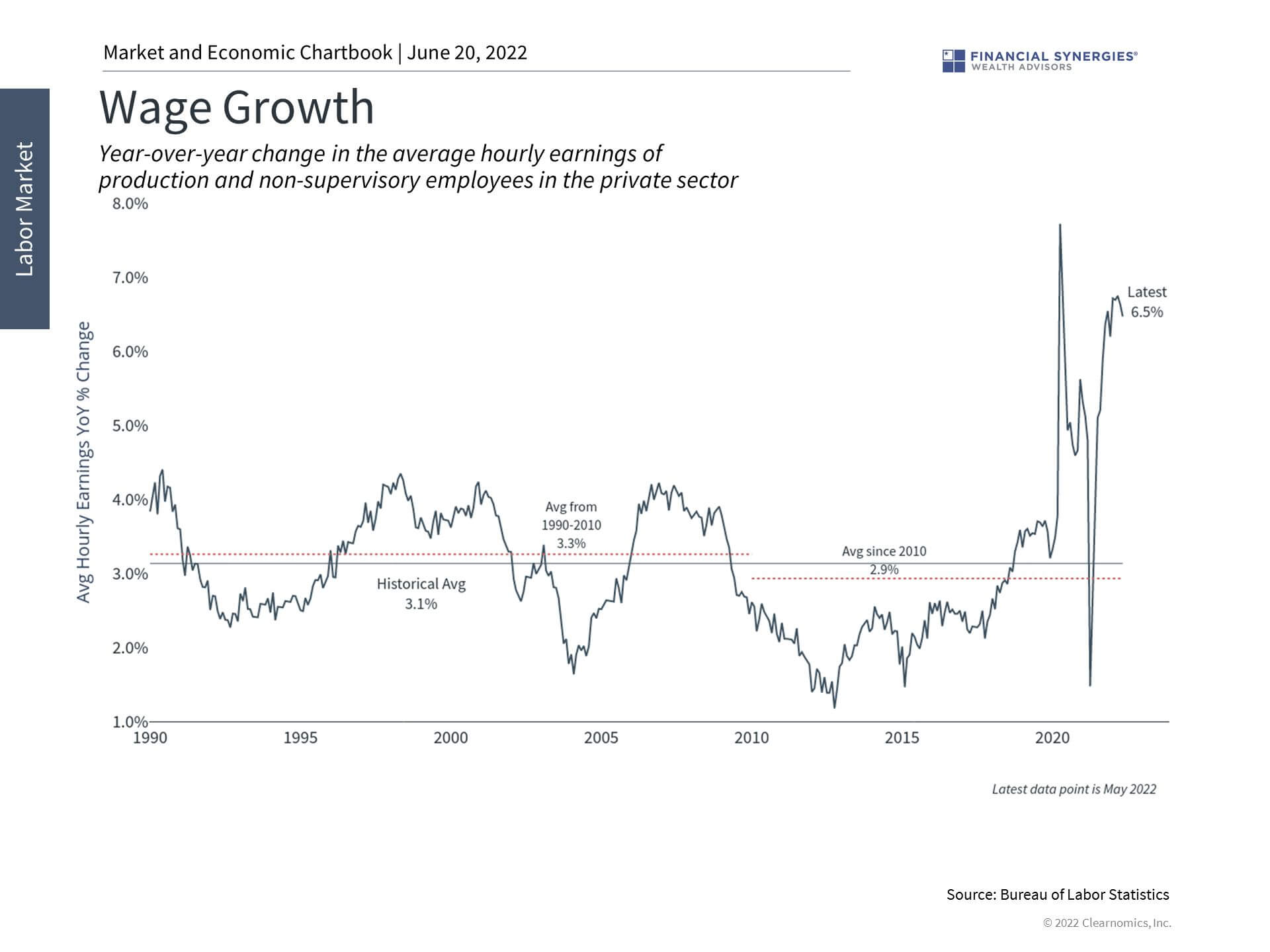 Wages are also rising, partly due to the strength of the labor market which gives employees more bargaining power, and partly due to the overall rise in inflation. In general, higher wages are positive for consumers and the economy.

Are thematic ETFs worth the hype? – Sara Allen

SHY Vs. TLT: Analysis On Duration’s Effect On...

Celgene and Other Biotech Stocks Could Get...

SMCP ETF Is A Strong Sell