Aside the critical midterms, you have what I’ve described as a bifurcated as well as seasonally-influenced market that’s ongoing and other than a knee-jerk reaction to the vote, will likely persist as it evolves, writes Gene Inger.

That pertains to the pressure on overpriced FAANG-type momentum stocks and gradually accumulation of downtrodden and small-cap value stocks for those that have decent guidance or dividend prospects, or a combination of both.

This blend is exactly how you get days like Monday with the Dow Industrial Average (DJI) and S&P (SPX) higher. but NASDAQ (IXIC) and Semiconductors down again. It is the kind of shift that should have occurred ahead of last month. The wake-up call generally was algo-driven and unseen by those with rose-colored glasses until after the momentum stocks broke hard.

At this point stocks like Netflix (NFLX), one I seriously warned about, is down about 25% from the highs. And while Amazon (AMZN) and Google (GOOGL) haven’t done that, they are working on significant declines that we’ve outlined for a variety of factors that are not entirely unique to the sector. but are to some, like Facebook (FB).

Incidentally, the president’s reference to the government still looking at the antitrust or monopoly aspect of some of these companies, was dismissed as a key topic by financial media generally. I suspect this is more significant than any of them would like to admit. 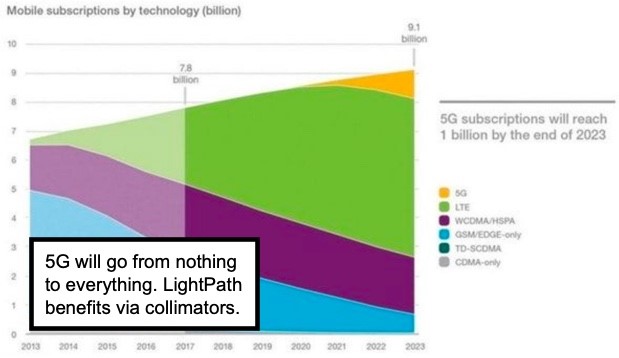 Now the Orlando-based optics company firms its pre-earnings for which forward guidance means a lot more than rearview mirror results. 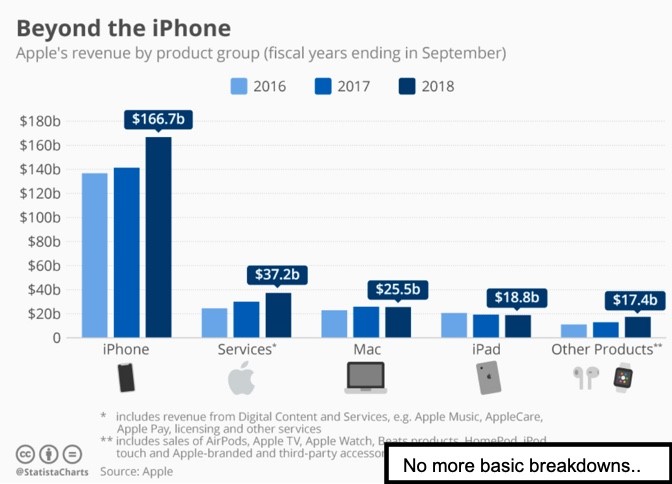 Finally, Tehran is pledging to circumvent efforts to restrict Iran’s oil sales a factor in Oil’s slide perhaps. Some of this is lowered consumer demand as well as currency shifts that typically aren’t addressed.

The new American sanctions are sending a strong message while hoping not to provoke Iran in a drastic way (hence the exemptions). Iran won’t get the message, so likely is going to maintain their alliances to sidestep sanctions and avoid tensions within their own society which isn’t too happy with their foreign adventures incidentally.

The regime might decide to unify their people by retaliating on the USA. The most dangerous one would be do disrupt tanker traffic yet again in the Persian Gulf. That would of course zoom Oil prices higher and risk an immediate military confrontation with the United States.

Reuters: Iraq to increase oil output and exports amid US sanctions on Iran.

The debate about this downturn being a good time to buy oversimplifies the challenge for investors. The big-cap darlings they’re pushing on investors may well rebound but remain overpriced and vulnerable to new surprises.

The guidance is generally not good, Apple (AAPL) included, while others they pan so much, like AT&T (T) is actually holding its ideal buy-zone of 29-31 and as long as the dividend holds, is the kind of asset managers are comfy with.

The price-earnings compression in the momentum stocks should continue in the future. That means extensions should be limited and ETF investors will be well-advised to dissect and analyze an ETF’s components individually. I warned about this for months. And dissimilar investment characteristics now exist in a number of ETFs. I used the Communications Services Select Sector SPDR Fund (XLC) as a good logical example.

In our view the big tech companies (FAANG basically) are in the eye of government, regardless of the varieties of outcomes in the election. That matters. as does the conventional wisdom that somehow gridlock is good. The idea that nothing gets done is bullish. is yet-another spin out there.

Conclusion: Small-cap or value (total return basis included) holdings are at this point less risky than FAANG+ games played earlier in the year.

Beware a bit of buybacks used as a tool to support stocks but not enhance potential, as a substitute for higher revenue or growth-prospects. And contemplate it as a way to obscure the tougher horizon ahead for money managers (while possibly enhancing prospects for investors focused on stocks not indexes).

Why 7-Eleven Failed In Indonesia