The US economy is facing some headwinds. The inversion of the yield curve and the moderation in the economic growth in the second quarter have mounted recession fears. I think this might be a good time for investors to consider increasing exposure to high-quality stocks which have a solid track record of consistently rewarding investors with dividend hikes. With the SPDR S&P Dividend ETF (SDY), investors can gain exposure to more than a hundred such stocks. The ETF outperformed in recent past when Wall Street tumbled and I believe it should hold up well if markets come under pressure again, thanks to the strength of its holdings which consistently generate robust levels of cash flows. 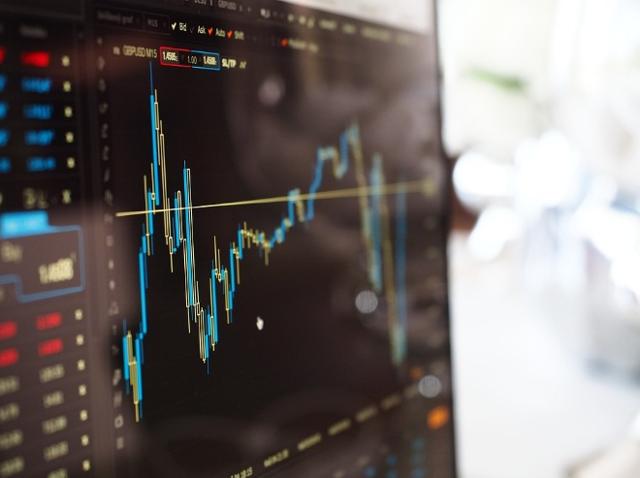 The SPDR S&P Dividend ETF is one of the largest dividend funds with almost $19 billion of assets under management. The fund tracks the S&P High Yield Dividend Aristocrats Index which consists of companies that have increased their dividend for at least 20 consecutive years. SDY then ranks the stocks on the basis of dividend yield, meaning the high-yielders get the top position in the fund and low yielding stock sit at the bottom. The fund has a total of 112 holdings. At first glance, however, SDY doesn’t look like a great ETF.

That’s because SDY offers a lower dividend yield as compared to many high dividend-paying ETFs. The fund’s current dividend yield (30-day SEC yield) clocks in at 2.52%. Although that’s higher than the S&P 500 average of 1.94%, ETFs like the Vanguard High Dividend Yield ETF (VYM) and the iShares Core High Dividend ETF (HDV) typically offer dividend yields of more than 3%.

In addition to this, SDY hasn’t delivered a great performance. In fact, it has underperformed broad market index trackers in 2019 as well as in the last decade. On a year-to-date basis, SDY has risen by 14%, lagging behind the S&P 500 (SPY) and the Dow Jones (DIA) which have posted gains of 19% and 15%, respectively, in the same period. In the last ten years, SDY climbed by 130% while the S&P 500 and Dow Jones rose by 179% and 174%, respectively. I believe this underperformance is due to the fact SDY doesn’t have significant exposure to the technology sector, including companies such as Apple (AAPL) and Microsoft (MSFT) which are two of the largest tech stocks that have driven the S&P 500’s gains in the last decade but they don’t meet SDY’s dividend growth criteria. The S&P 500 index-tracking fund allocates almost 22% of its assets for the information technology sector, whereas SDY earmarks just 2.8% for technology companies.

But what I like about SDY is that it gives investors exposure to more than a hundred of the best dividend growth stocks which can outperform if the business environment turns for the worst. The so-called dividend aristocrats, such as AT&T (T), Coca-Cola (KO), Chevron (CVX), and Procter & Gamble (PG), are all well-established companies which command some of the leading positions in their respective industries. More importantly, by growing dividends for 20 consecutive years, these companies have shown that they can generate reliable levels of profits and cash flows, year in and year out, even as they go through various business cycles and face all sorts of issues, including changes in consumer trends and political pressures. These companies often have a sustainable competitive advantage which puts them in a better position than a vast majority to other companies to withstand recessions and deliver decent returns during good times.

The fund’s top-3 holdings are AT&T, AbbVie Inc. (ABBV), and International Business Machines Corporation (IBM). However, SDY isn’t heavily exposed to any single stock. Its top-holding, AT&T, has a weightage of just 2.59% and the top-10 holdings represent a little less than 18% of the fund’s assets. SDY is also not heavily overweight towards any single sector. Its top-3 sectors are industrials (17.8%), consumer staples (15.0%), and financials (14.9%). In my opinion, this makes SDY a fairly diversified ETF which will be largely immune to the threat of a sell-off in an individual company or a single sector.

The SDY showcased its ability to withstand market weakness in Q4 2018 when the S&P 500 and Dow Jones dropped by 13% to 14%, respectively, but the dividend fund fared better, dropping by 8% in this period. Since the fourth quarter, however, the markets have recovered, but the US economy continues to face some headwinds which could drag the economic expansion which is now in its 11th year.

The latest report from the US Commerce Department showed a slowdown in the US economic growth amid the ongoing trade war with China. The US economy expanded at an annualized rate of 2% in Q2 2019, down 3.1% in the January to March period and below the initial estimate of 2.1% growth. The deterioration of trade relations between two of the world’s largest economies has also caused an inversion of the US treasury yield curve, heightening fears of a recession.

The slowdown in global growth has also made things worse. China’s economy is grappling with the impact of the trade war which has pushed the country’s exports lower, despite Yuan’s depreciation. In the Eurozone, Germany and Italy are facing a very real threat of a recession. The European Central Bank has recently stepped up efforts to support the region’s sluggish growth by injecting cash into the economy and slashing deposit rates by 0.1 percentage points to historic lows of negative 0.5%. Similarly, the UK is also struggling as it tries to negotiate a Brexit deal. Although the UK posted a 0.3% growth for July, it came after it witnessed a 0.2% contraction in Q2 2019. Even if the country registers a 0.3% expansion for the entire third quarter, it will still end 9M 2019 as the worst nine months for the country since the global recession. This global slowdown has also played a big role in prompting the Federal Reserve to cut interest rates for only the second time since 2008. The US central bank has slashed the target range for key interest rate by 25 basis points to the range of 1.75%-2%.

In my view, the US economy is on a much firmer footing than the rest of the world. The rate of unemployment is close to its lowest in 50 years and retail sales remain robust. The strong level of consumer spending can drive economic expansion. But at the same time, the trade war, weak levels of manufacturing output, global slowdown, and inversion of the yield curve point towards an above-average risk of a recession. I think in such an environment, investors should consider increasing their exposure to high-quality dividend-paying stocks in SDY which can endure a tough market.

A closer look at SDY’s top holdings shows that the companies are already generating strong levels of cash flows, enough to fully fund their capital expenses. Companies such as AT&T, IBM, and Chevron are free cash flow machines which consistently deliver cash flows well in excess of capital expenditures. This indicates that their dividends are safe since they are backed by robust cash flows. Furthermore, most of the companies have a higher free cash flow yield than the dividend yield which indicates that these companies have room to grow dividends in the future, even if their operating cash flows register no significant growth. All of these companies have shareholder-friendly management with a rich history of rewarding investors with dividends and will likely continue moving this way in the future. 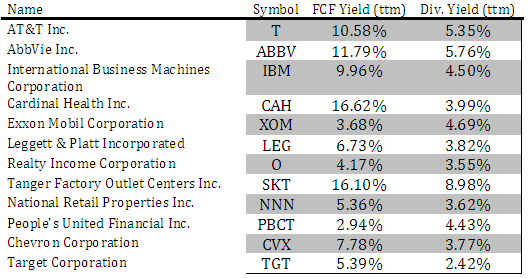 What I also like about SDY is that it is one of the cheapest ETFs as compared to its closest peers. SDY comes with an expense ratio of 0.35%, which means the fund charges $35 each every on every $10,000 of investment. Other similar ETFs which hold companies with a long track record of growing dividends, such as the CBOE Vest S&P 500 Dividend Aristocrats Target Income ETF (KNG), the ProShares S&P Midcap 400 Dividend Aristocrats ETF (REGL), and the Invesco Dividend Achievers ETF (PFM), come with an expense ratio of more than 0.35%.

SDY is trading 19.8x earnings which makes it slightly cheaper than all of its above-mentioned peers which are trading 20x to 22x earnings. I think SDY can hold up well during difficult periods and investors should consider buying this ETF.

Who Succeeds Mark Carney? Brexit Brings Uncertainty to the Bank of England