Lyft vs. Uber: What’s the Difference? 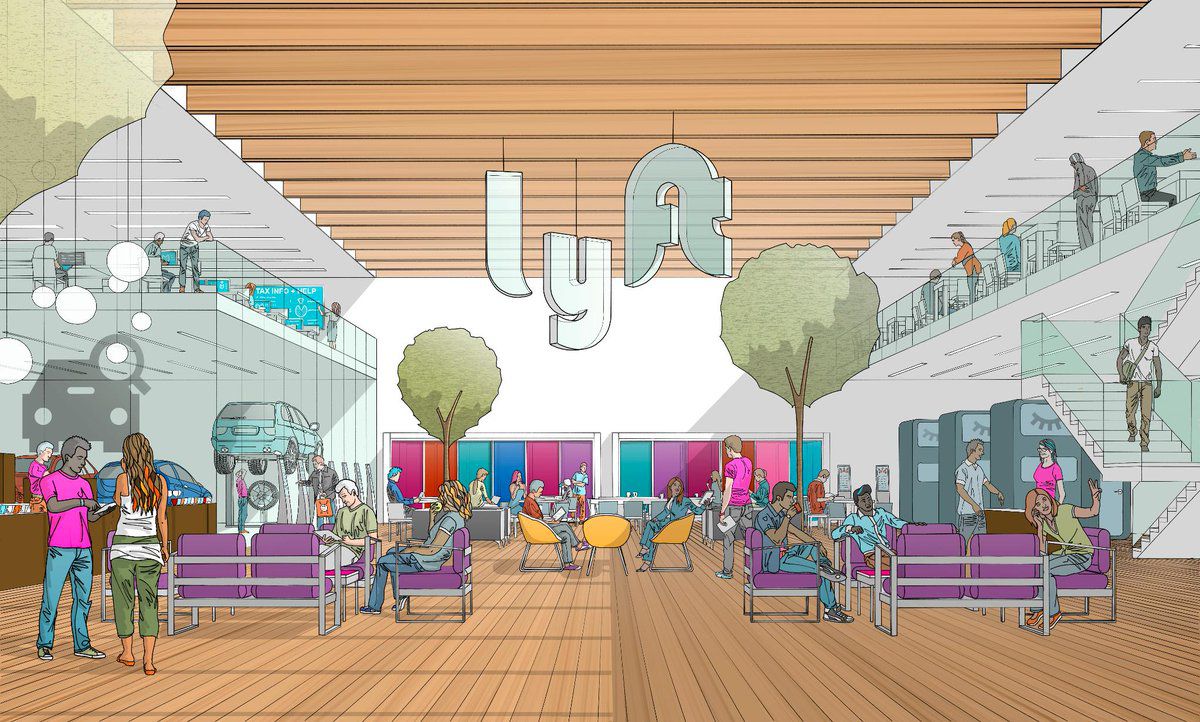 Lyft vs. Uber: An Overview

Sometimes it safer or more convenient to leave the driving and traffic headaches to someone else. This thought is what grew into Uber Technologies Inc. and Lyft Inc., the two quintessential transportation-service companies. These two taxi alternative services may seem interchangeable, but there are differences between the two largest transportation network services in the United States.

Lyft operates in the United States. and Canada. They set specific requirements on the vehicles used by drivers and have several different categories or levels of service. The Lyft app and dashboard Amp notify passengers of the driver’s arrival and give the passenger an estimated cost in advance.

Uber serves not only the United States and Canada but provides service in many cities worldwide including those in the European Union, Central and South America, Africa, Asia, and Australia and New Zealand. Uber also sets vehicle requirements and lists several different categories of service. The Uber app helps passenger and driver find one another and estimates the cost of the ride in advance.

Lyft Inc. (LYFT) was launched as a service in 2012. It was spawned from Zimride, a company founded by Logan Green and John Zimmer. Zimride, a peer-to-peer rideshare matchmaker for people looking to securely carpool long distances, was sold so that the duo could focus on Lyft. Green is currently chief executive, and Zimmer is the company’s president.

On Dec. 6, 2018, Lyft announced that the company had officially filed paperwork with the U.S. Securities and Exchange Commission (SEC) to go public in March 2019 where it will trade on the Nasdaq.

Uber’s smaller rival said in a filing that it expected to raise US$2 billion in its IPO and would offer 30.8 million shares at $62-$68 per share. The company priced its shares at $72 and they traded up before falling back and closing at just over $78.

The company was valued at $15 billion in 2018, when it raised $600 million in a Series I financing round led by Fidelity Management & Research Company.

As reported by CNBC, in May of 2018, Lyft revealed market share figures for the first time, suggesting that it had 35% of the U.S. ridesharing market and that it has a majority of the share in multiple markets across the country.

Reuters finds that figure is estimated to be nearer to 40% as of February 2019. Lyft may have managed to gain market share from Uber as a result of several controversies, many of which took place in the months leading up to the IPO announcement.

Lyft’s website shows the cities where the ride service operates in the United States and Canada, where it serves all 50 states and the District of Columbia. The company set a minimum vehicle requirement and the drivers must pass two background checks before approval with the company.

Automobiles must be at least a 2005 or newer model year, have four doors, no body damage, and a fully functional air conditioning system, among other requirements.

The Cost of Lyft Services

According to a 2015 study by “Money.com,” the average cost of a Lyft ride came in at $12.53. The fee for service varies by city and the class or category of vehicle service chosen. Fees have a base charge for each ride and additional calculations for total miles traveled and the minutes of travel time. Also, prime-time service will increase the base price. The Lyft app gives the passenger an estimated total cost for a ride at booking. Some cities have the ability to show the exact price of the door-to-door service.

Any passenger changes to a ride, once it is underway, will affect the total price. Customers pay through the company’s smartphone app.

Lyft originally identified its vehicles with furry pink mustaches on the front—called carstashes—but it now uses a more subtle system called the Amp. The Amp is a small module that sits on the driver’s dashboard and lights up in a particular color. Waiting passengers get notification of the Amp color in the Lyft app, which is especially helpful when getting a ride after dark or when leaving a venue where everyone is using a rideshare app to get home.

All Lyft vehicles have stickers displaying the Lyft logo in the front and rear windshields. Retiring its mustaches may have been a move toward adopting a more professional look to compete with Uber.

Lyft has gotten into the food delivery game where its major fast-food partner is Taco Bell. In July of 2017, the company tested a new feature called Taco Mode, which allowed a user, currently in Lyft transit, to press a button on their app and direct the driver to the nearest Taco Bell. Interestingly, the service was only available between 9:00 p.m. and 2:00 a.m. Taco Mode was expected to be rolled out to all devices in 2018, but many drivers and customers expressed disapproval, both because of issues like messiness in vehicles as well as a general concern about the company’s focus on driver satisfaction.

Lyft has so far managed to avoid many of the controversies faced by fellow ride service Uber. Perhaps this is partially due to the company’s smaller size and limited operation sphere. However, in 2017, a New York labor group has accused Lyft of wage theft. A story in The Washington Post states drivers claimed the service was cheating them on their fare by deducting money for driver’s trips on interstate highways.

Uber was founded in 2009 by Travis Kalanick and Garrett Camp as UberCab. After Kalanick’s resignation as CEO in 2017, Dara Khosrowshahi took his place. Ronald Sugar was named chairman in August 2018. Kalanick remains on the firm’s board of directors.

Uber filed paperwork for its initial public offering on the same day as Lyft. The multinational ride-hailing company was valued at $120 billion by Wall Street banks and will reportedly go public soon after Lyft.

Uber drivers are a combination of professional drivers and non-professionals who have passed driving record checks and background checks. Uber offers several classes of service whose availability varies by city.

Even if you choose UberX, the lowest-cost option, you will not get picked up in a clunker. Uber has minimum vehicle requirements for drivers in each city. For example, in Los Angeles, you will be picked up in a vehicle that’s model year 2003 or newer, that is a 4-door car or minivan, that is in good condition with no cosmetic damage, that has working air conditioning, that is not commercially branded and that has passed a vehicle inspection.

Uber uses a beacon similar to Lyft’s Amp to help passengers identify the cars they are waiting for. Drivers also display placards with the Uber logo in their front and back windshields. The apps themselves help drivers and riders identify each other as well, providing license plate numbers and descriptions of the cars.

Uber launched Uber Eats in 2014 to compete with other services like GrubHub and Postmates. Uber gained a major partnership when McDonald’s announced in December of 2016 that it would venture into delivery with Uber Eats. In December of 2017, the company announced the service was profitable in 40 out of 165 cities in which it operated. As of February 2019, Uber Eats was available in close to 500 cities worldwide.

Uber’s fares consist of a base fare plus a time and distance rate, and fares vary by vehicle type and by city. Surge pricing during times of peak demand will increase the fare. The app allows customers to estimate their fares in advance. UberX is the least expensive option, while UberSUV is the most expensive. Each vehicle class has a minimum fare so that it is worth a driver’s time to pick customers up even for very short rides. In some cities, Uber does not provide up-front fare estimates but rather calculates the total charge at the conclusion of the ride.

Uber may have also lost market share in the early months of the leadership of CEO Dara Khosrowshahi, who assumed the top spot at the company following the departure of co-founder and former CEO Travis Kalanick in June of 2017. Later, in August of 2018, Uber accounted for about 70% of U.S. rideshare spending, while Lyft appears to be strongest on the West Coast of the United States.

So The Fed Cuts Rates, Then What?

The Top 4 Technology Mutual Funds for...