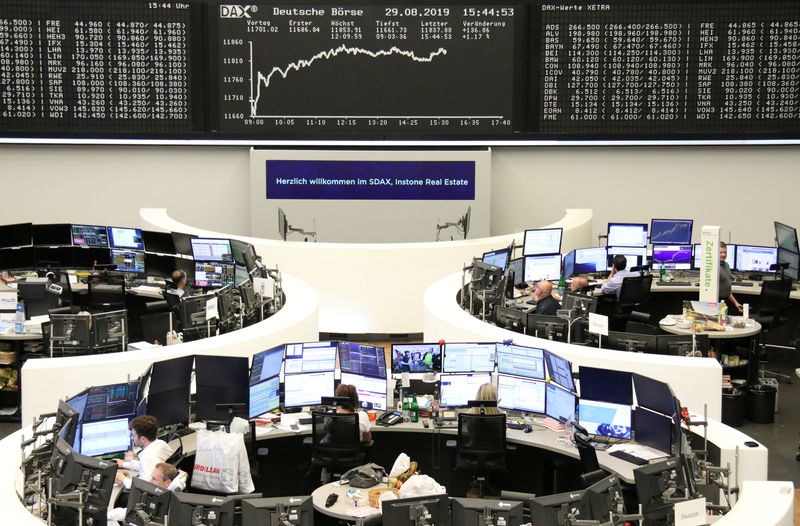 LONDON (Reuters) – Italy’s stocks are ending August on a high after the formation of a new coalition government, while Britain’s equity market is heading for one of its worst months since before it voted to leave the European Union more than three years ago.

The pact ended a chapter of the latest political drama to grip Italy’s financial markets, averted a snap election and reduced the chances of another budget showdown with Brussels.

Hopes of a deal had spurred a 4% rise in the Milan index over the past week, making it the best performing major international bourse. It is on track for a 0.3% drop for the month.

That’s significantly better than other major European bourses including Germany (), France CAC () and Spain () as well as the S&P 500 () and Japan’s Nikkei ().

As the latest political crisis in Rome ended, turmoil over Brexit deepened after Britain’s Prime Minister Boris Johnson suspended parliament in a move seen as trying to thwart an attempt to prevent a no-deal departure from the EU.

London’s blue-chip FTSE 100 () index is on track to fall more than 5% this month for its worst monthly performance since August 2015. It has lagged all major global bourses.

The FTSE all-share index is set for a 4.7% drop this month, its second steepest monthly fall in four years.

The weak performance of the export-heavy FTSE 100 index is partly due to a recovery in sterling earlier in the month.

The majority of the FTSE 100 constituents make their money abroad which means they are relatively insulated from worries about lower consumer spending if there is a no-deal Brexit.

But a poll by Reuters showed that the outlook for the index has deteriorated since Johnson was appointed PM, suggesting the mood of unease is spreading to all UK assets.

Can Anything Stop Gold Prices from Moving Higher?

Pathway to Wealth for Gen X and...