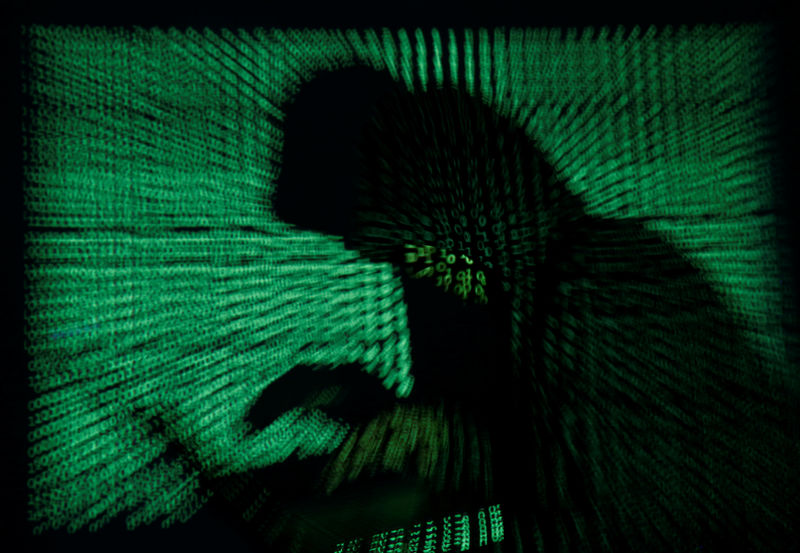 © Reuters. Hooded an holds laptop computer as cyber code is projected on him in this illustration picture

BERLIN (Reuters) – Two thirds of Germany’s manufacturers have been hit by cyber-crime attacks, costing industry in Europe’s largest economy some 43 billion euros ($50 billion), according to a survey published by Germany’s IT sector association on Thursday.

Industry association Bitkom surveyed 503 top managers and security chiefs from across Germany’s manufacturing sector, and found the small and medium-sized companies that are the economy’s backbone were particularly vulnerable to attacks.

German security officials have long been sounding the alarm about the risk of well-resourced foreign spy agencies using cyber attacks to steal the advanced manufacturing techniques that have made Germany one of the world’s leading exporters.

The survey identified risks across the spectrum, with a third of companies surveyed reporting mobile phones had been stolen and a quarter saying they had lost sensitive digital data.

There was evidence cyber criminals were also using other techniques to hobble their German competitors, the survey found, with 19 percent of those polled saying their IT and production systems had been sabotaged digitally, and 11 percent reporting tapping of their communications.

Why ‘SPY’ Is King Of Liquidity

Favor US Equities Over International? Look to...